Historical legacy with eyes fixed on the future

At the end of its sumptuous pathway lined with plane trees, the most northerly part of the Médoc vineyard offers all the enchantment of an unrivalled natural environment, preserving memories of the estate’s unique history. With a history dating back over four centuries, Château Tour Prignac owes its prestigious past to a number of illustrious, fascinating and dedicated owners. The memory of the Seignouret family, who played a key role in cultivating the first of the estate’s vines, is immortalised in the property’s architecture. Engraved in the walls of the property formerly known as the Domaine de Tartuguière (a reference to the turtles found in neighbouring ponds), we find the initials A.S., referencing Albert Seignouret, the son of the notable engineer Pierre Édouard Seignouret. Their story lives on, beyond the boundaries of time. 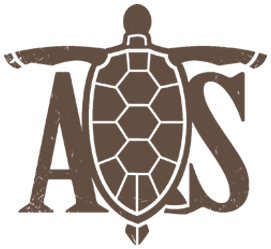 Impressed by the tranquility of the property’s atmosphere and the potential of its terroir, the Castel family acquired the Domaine de Tartuguière in 1973. Renamed Château Tour Prignac in homage to the its distinctive towers, the dormant property began its renaissance with the arrival of property manager Yannick Gay in 1979.

A committed professional, Yannick immediately set about realising the château’s potential, beginning a new chapter in its history. An ambitious renovation and modernisation project was soon undertaken in the vineyard, instigating a plot by plot approach that has over time placed the property’s wines among the appellation’s finest. From then on, the quality of the vineyard has been matched only by the expertise of the winegrowing team, who carry out their work with the utmost respect for the terroir.